Arthur Dent was a film renter in Glasgow during the early days of the trade. After achieving success as an agent for Famous Players-Lasky, he started his own distribution company, Waverley Films. In 1924 he moved back to London as sales manager for Wardour Films/ABPC, just acquired by his friend John Maxwell. After Maxwell's death, Dent started Adelphi Films, an independent production/distribution company which produced over 40 British films.

Dent's scrapbooks, papers and memorabilia are held by his grand-daughter, Kate Lees. The Adelphi archives and earlier material dating back to Dent's time in Glasgow are a fascinating resource. We are very grateful to Kate for allowing us to display some of that collection.

To learn more about Adelphi films, see other documents and buy the films, please visit http://www.adelphifilms.com/

Photographed by the Early Cinema in Scotland project.

All items property of Kate Lees. 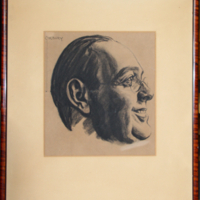 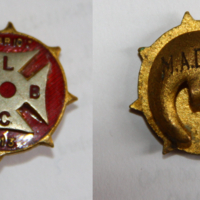 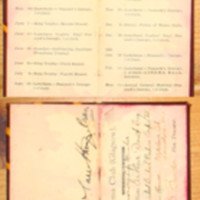 Small printed booklet with dates of events for the year and names of office-bearers. 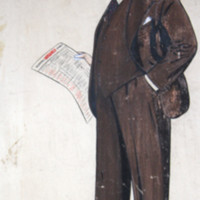 Colour drawing of Arthur Dent smoking a cigar and holding a film booking sheet for Wardour. 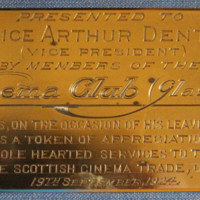 Inscribed plate originally attached to canteen, presented as a leaving gift to Arthur Dent on his departure for London. Inscription reads:
"Presented to Maurice Arthur Dent Esq. (Vice President) by members of the Cinema Club (Glasgow) and friends,… 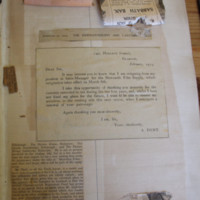 Cutting from the Kinematograph Weekly of an announcement posted by Dent about his resignation from the Newcastle Film Supply. 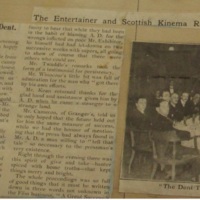 Cutting from the Entertainer and Scottish Kinema Record, with photo, about dinner given in honour to Dent when leaving for London. JJ Bennell, Waddell, Winocour, and other figures of the Glasgow trade all present.